1:87 H0 scale model railway laser-cut set houses developed by me and sold with my friend under the name ´MaRa Modellbau´ 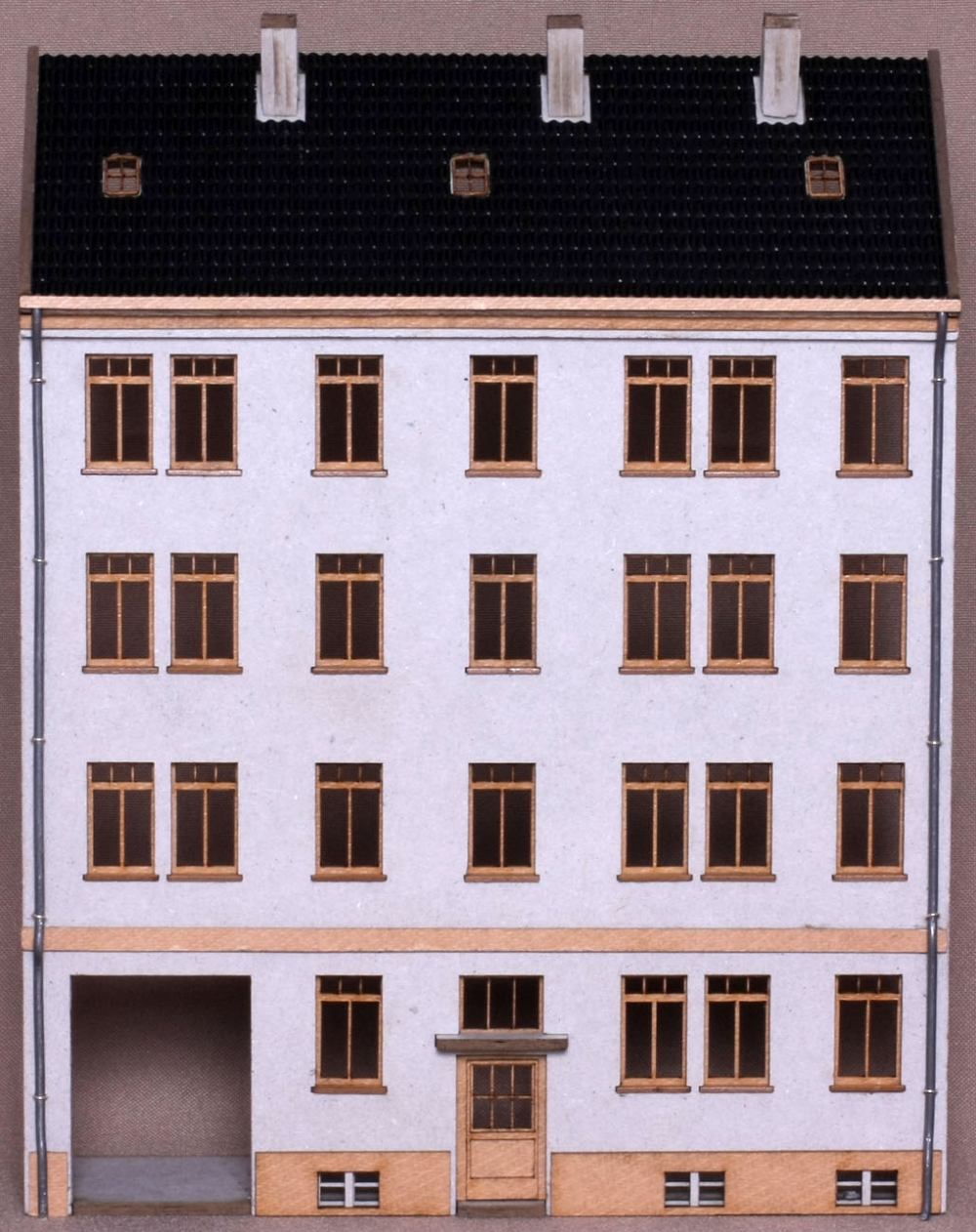 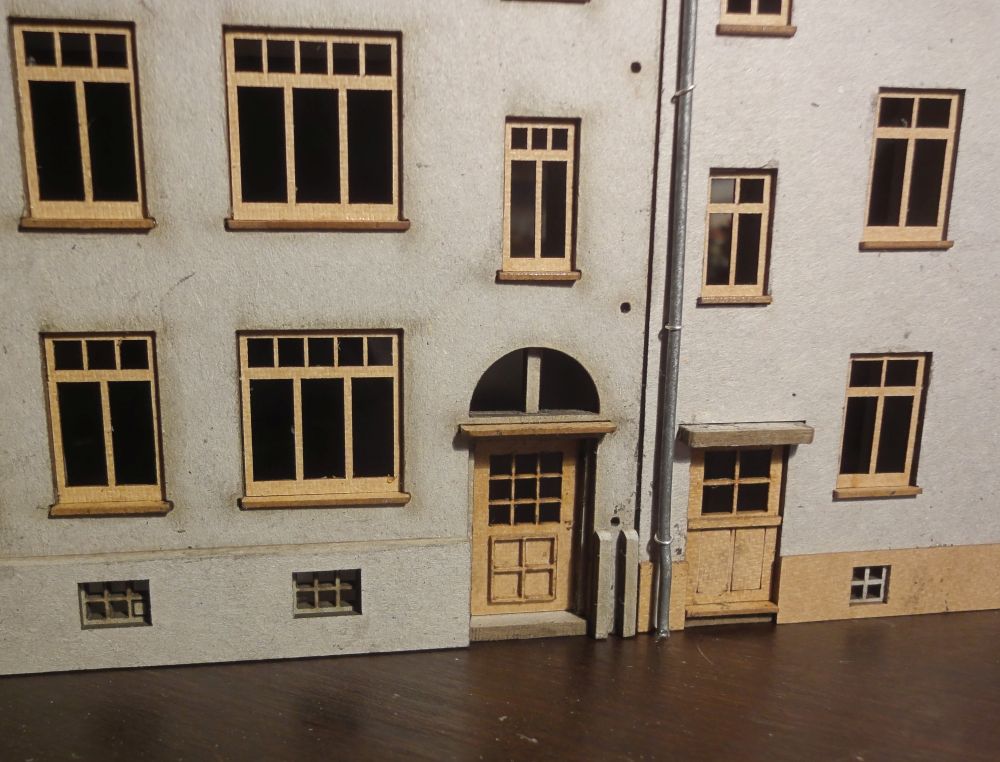 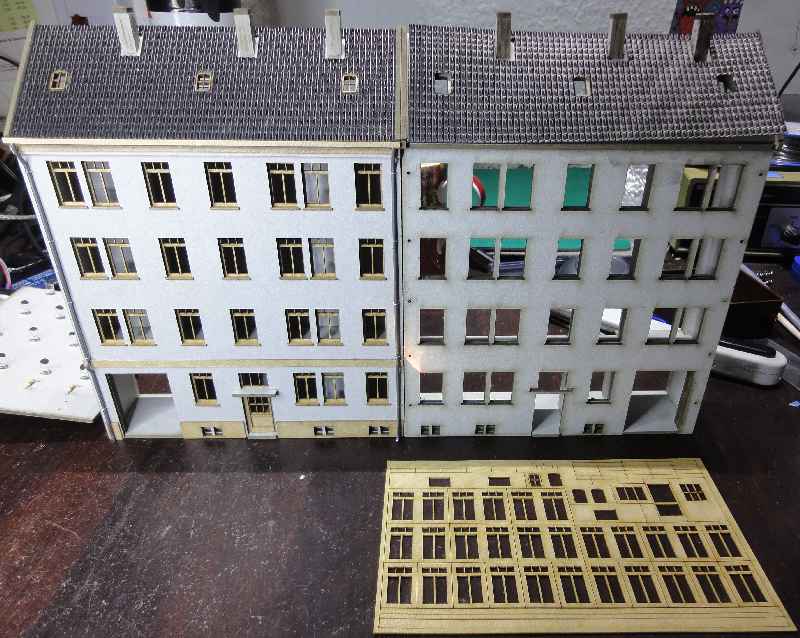 Windows and doors can remain connected for painting. That makes handling easier. The houses can also be built reversed left to right - 2015 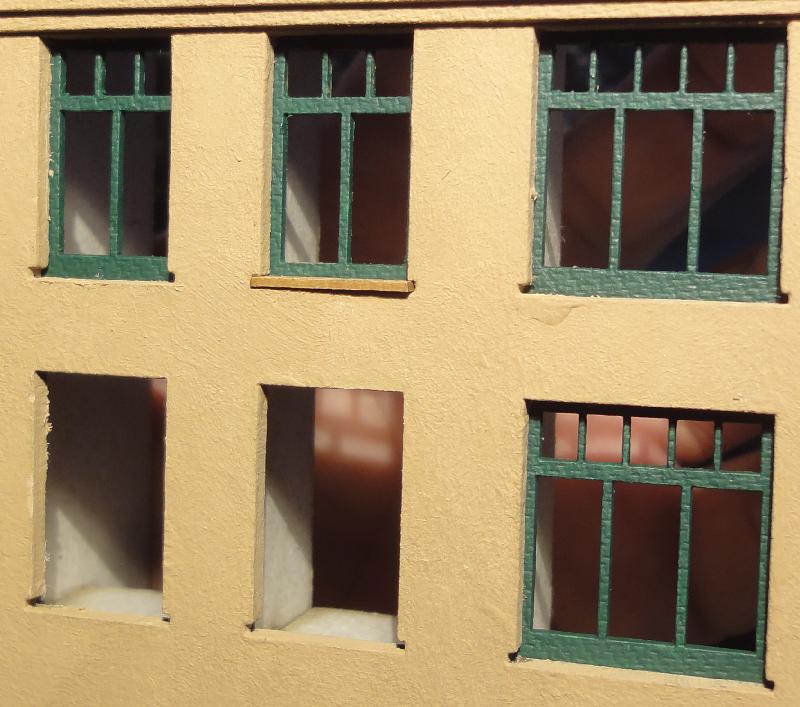 The windows can be inserted from behind after painting -2015 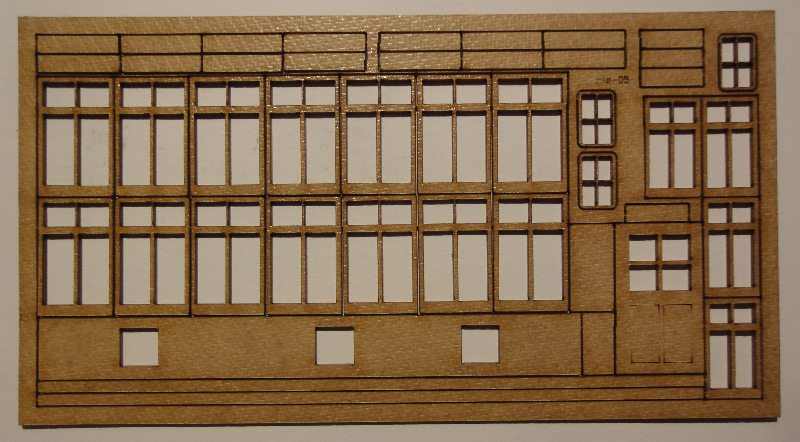 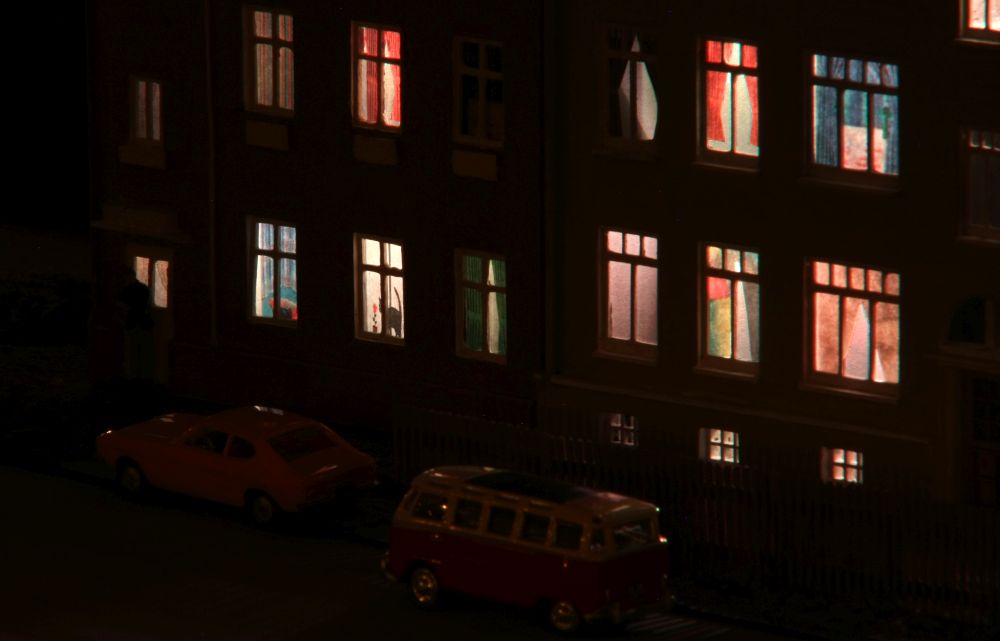 Each room can be individually illuminated using RGB LEDs. An automatic system switches the individual rooms on and off at random. An automatic staircase light can also be configured with my electronics using a Windows PC - 2015 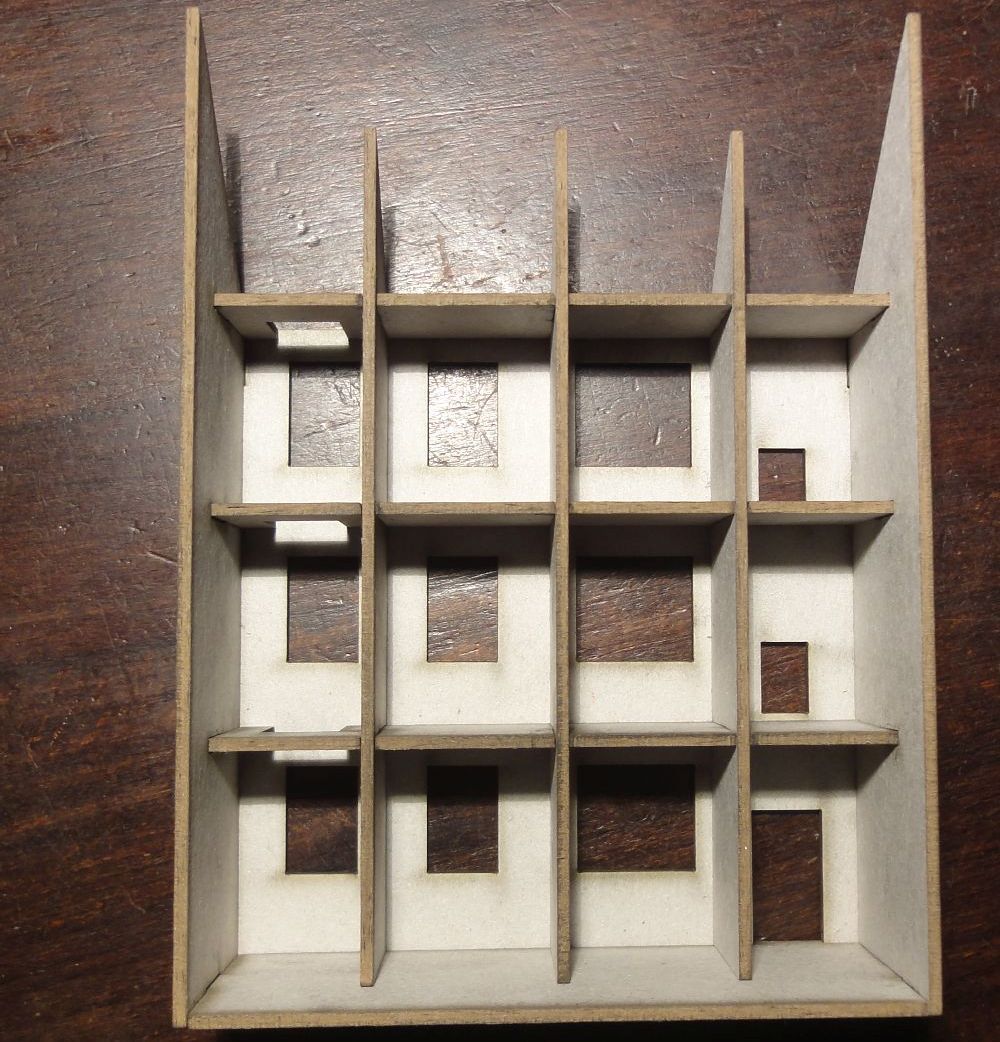 The room division behind the facade serves both as a light delimitation of the individual rooms and the stairwell, as well as to reinforce the building structure - 2015 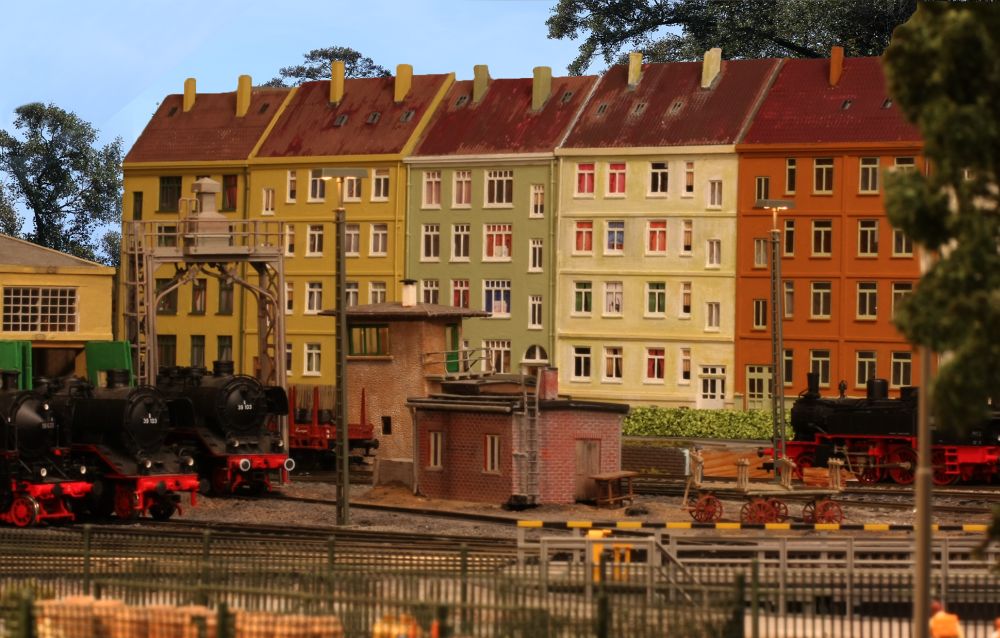