Snow Blower for my LGB

At the end of the 1960s, my first LGB drove under our Christmas tree. Vehicle conversions and the tinkering of accessories quickly became my focus. In the 1970s - armed only with a fretsaw and a file - to the horror of my parents, I simply sawed through a freight car to build a snow plow out of roofing lead. Finally a little snow found its way through some hole in the roof onto my system.

This snow that was lying on the guard´s house of my self-made sliding platform was actually real! 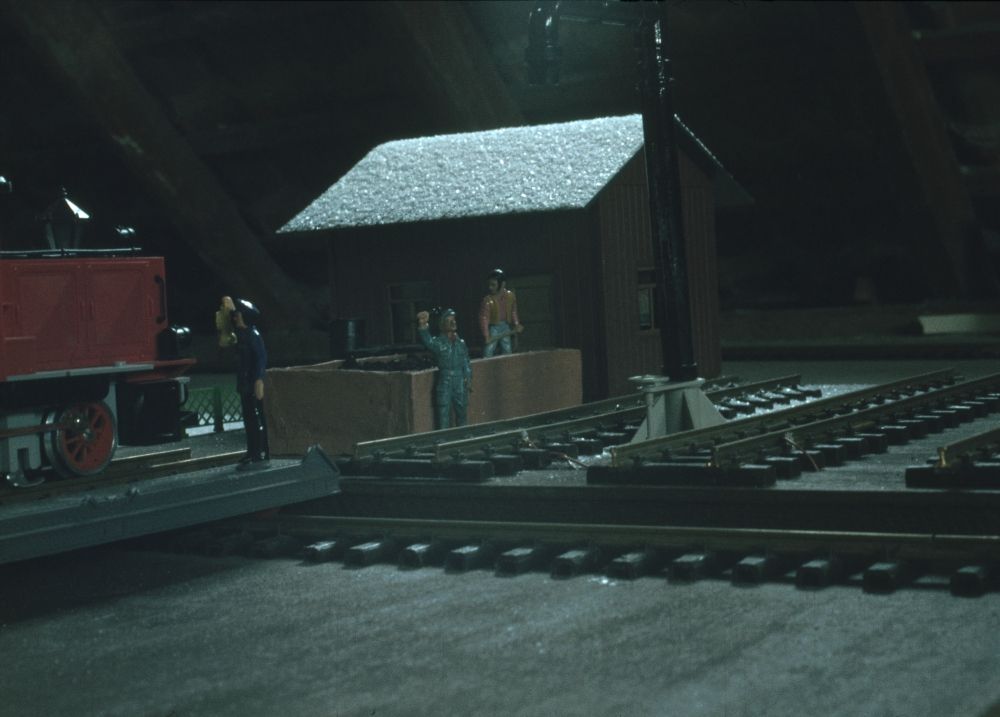 Snow on my self-made sliding platform - 197? 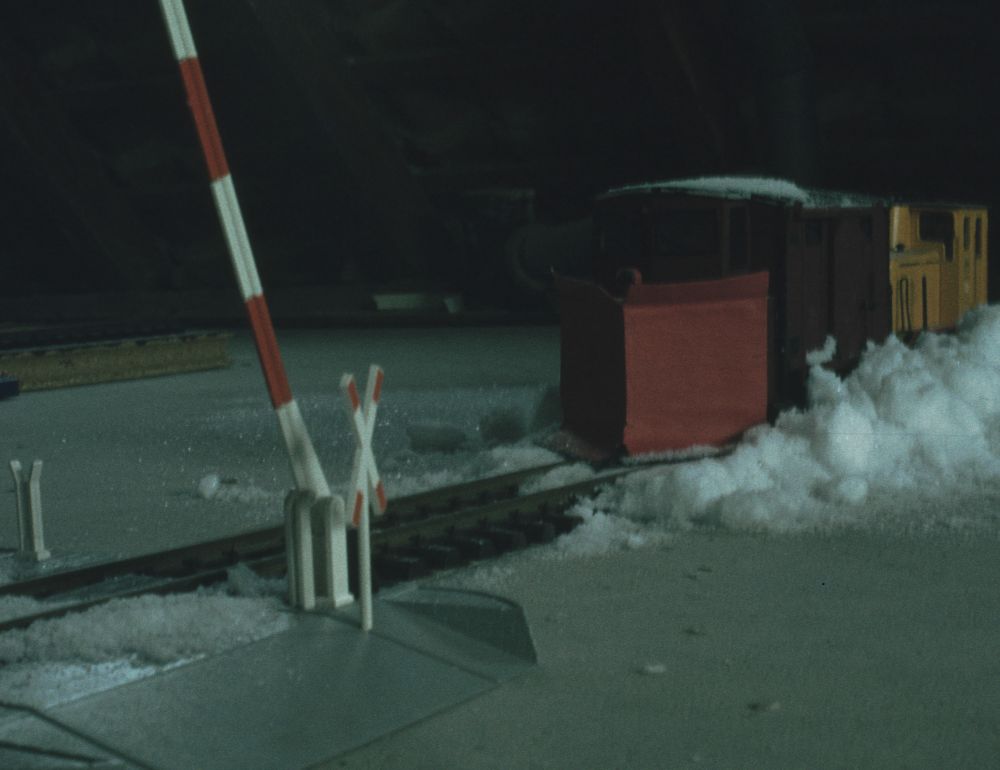 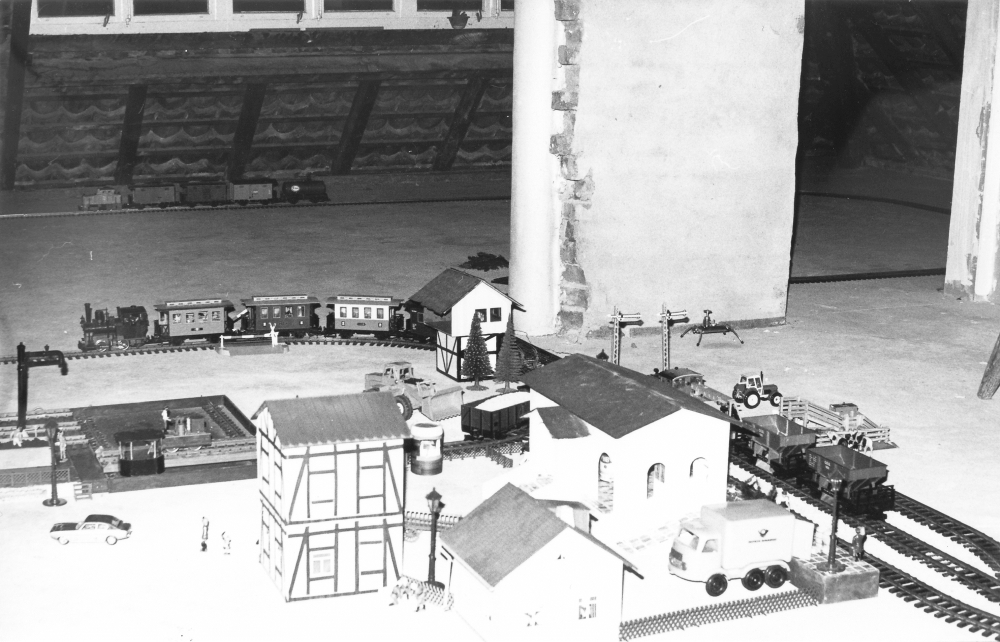 Later I discovered A photo of a snow blower in some book from the library (the internet didn´t exist yet). Since my tool inventory had now expanded to include two tin snips and a roofer soldering iron, this model could be created as a soldered brass construction. Note that no filler was used here, but any shape was either driven / bent from the sheet metal or filled with solder. The car body is from my snow plow. 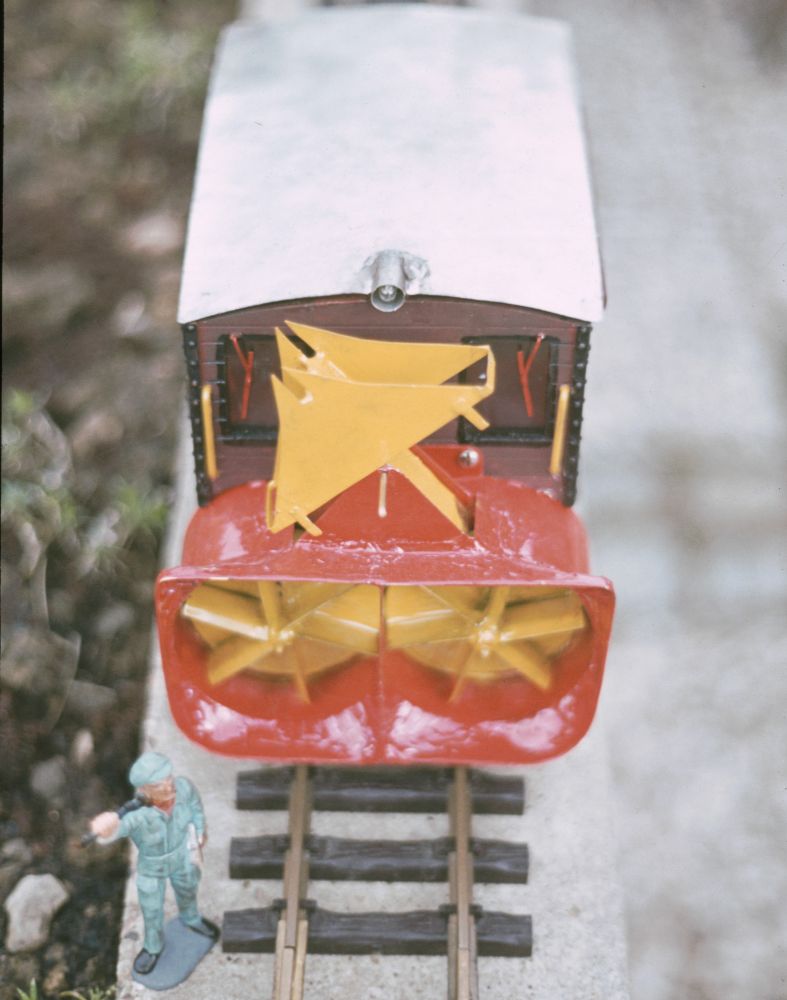 I matched the entire construction to the two large Fischertechnik gears that are behind the snow shovels. They mesh directly with each other and allow the pocket money-saving drive via just one electric motor via a ship´s cardan shaft that was still lying around somewhere. 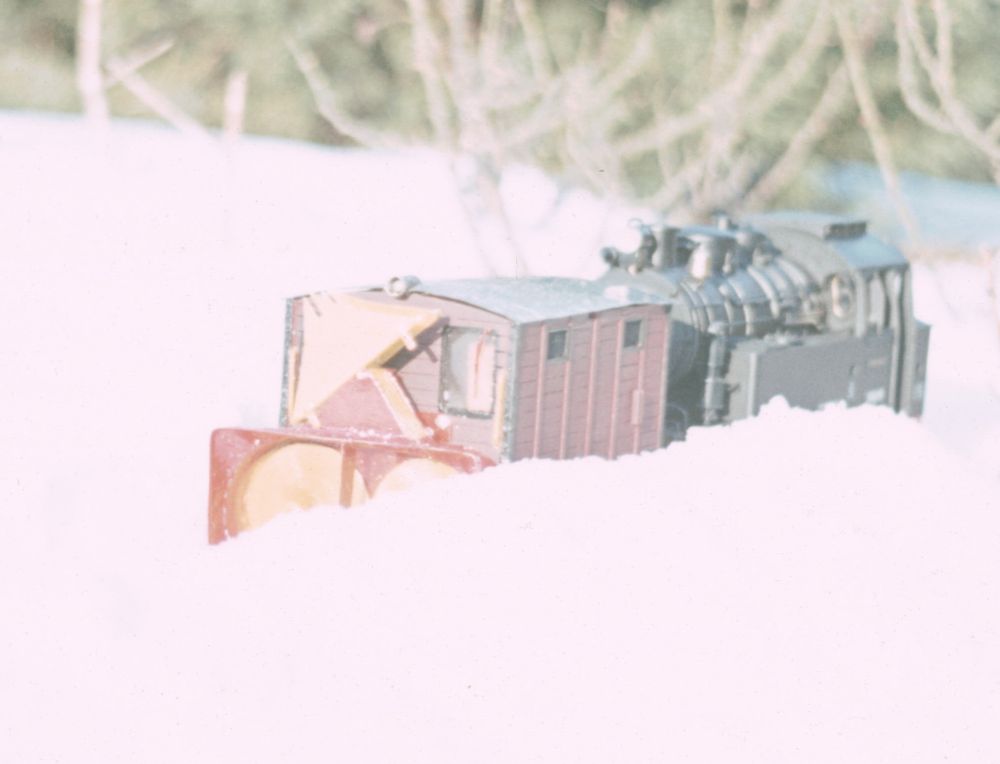 When a bit of snow finally fell, the snow blower actually worked! By turning the yellow baffle, the snow was thrown to the left or right. Due to the high power consumption of the blower motor, it had to be operated with a lead battery (that was the state of the art at the time). The locomotive then had some difficulties in pushing this weight over the route. Furthermore, the cleared path was not wide enough for longer cars in the curves. But the principle was proven and the construction confirmed!